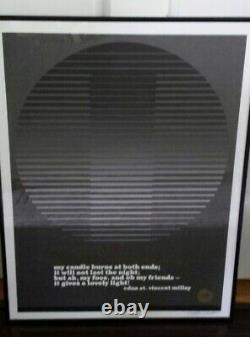 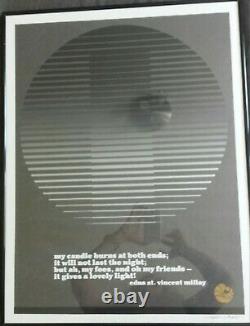 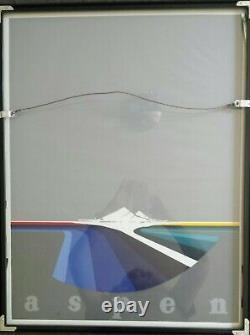 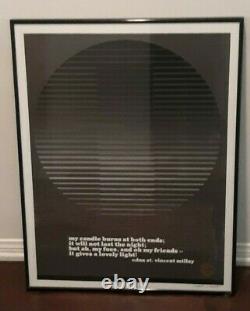 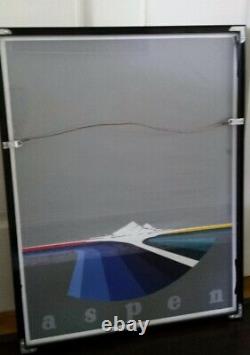 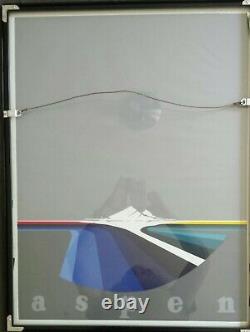 Rare double sided signed print by Thomas W. Front poetry : my candle burns at both ends; it will not last the night; but ah my foes, and oh my friends; it gives a lovely light. Vincent Millay as seen in the book "Artist/Activist" by Daniel Joseph Watkins page 108 and rare "Aspen" print. (I was not able to find another one like it). Professionally framed with a protective glass on front and back.

20W × 1D × 26H. Thomas Whelan Benton was born on November 16, 1930 in Oakland, California. He attended Glendale high School and Glendale Junior College before enlisting in the United States Navy during the Korean War. After his discharge in 1953, Benton attended the University of Southern California and studied architecture under the G.

He practiced architecture in Los Angeles where he designed a number of residential commercial buildings. During a trip to Colorado in 1962, Benton bought an empty lot in downtown Aspen at 521 East Hyman Avenue. The next year he and his wife Betty, and children Brian and Michelle moved to Aspen where he designed and built his home, studio, and gallery on that lot. He was adept with his hands and quick to use local materials, such as cinder blocks from nearby Dotsero and the aluminum printing plates discarded weekly at The Aspen Times. Benton was the kind of guy who would create everything he needed not just a home, but worktables, storage cupboards, hanging planters, benches, chairs, everything. It was all original, elegantly simple and beautiful works of art that he thought of as mere necessities, whipped up at a moments notice and disposed of without ceremony when he was done with them. Benton became involved in local politics and his gallery soon became the central meeting place for local intellectuals, artists and activists. He taught himself the art of silkscreen printmaking, creating his first anti-war peace poster in 1965, and then drifted from architecture to focus on his art. Benton was especially drawn to the impact of symbols and text working in tandem to convey his political message. During the late 1960s Benton met gonzo journalist Hunter Thompson. His friendship and collaboration with Thompson spanned more than four decades and created or inspired some of Bentons most recognized works, including the 1970 hunter S.

Thompson for Sheriff poster and a series of political posters that combined art and writing the Aspen Wallposters. He went on to create campaign posters for more than fifty candidates including George McGovern, Gary Hart and Willie Brown.

Benton also created numerous cause posters for local benefits, non-profits and charitable causes that suited his beliefs. Bentons art continued to evolve throughout his lifetime from political posters to abstract silkscreen prints, monotypes and oil paintings. Those iconic works, composed of complex layered images of bold colors, text and symbols, mesmerized his viewers. His artwork always remained original and grew in size as he matured. Eventually he was creating prints measuring more than three feet by three feet and oil paintings that were five feet by five feet and larger.

Benton was diagnosed with advanced lymphoma in early 2007, and died April 27, 2007. He was 76 years old. To me, the word is the strongest form of art. The graphics are just a vehicle to carry out the words.

I would have liked to be a poet. Whenever I do a poster, I try to include a quote, because the words will live forever. Benton Signed Double Sided Print Poem and Aspen SIGNED" is in sale since Thursday, January 28, 2021. This item is in the category "Art\Art Prints".

The seller is "minimalistmeetsclassic" and is located in Santa Barbara, California. This item can be shipped to United States.