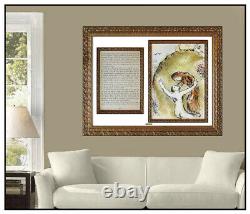 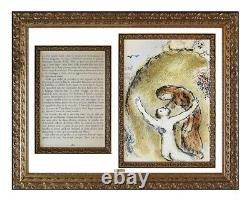 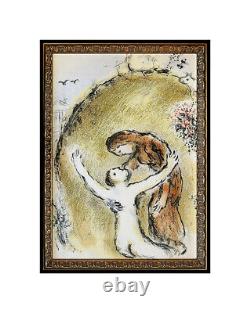 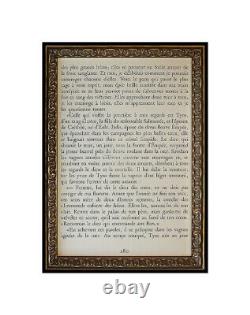 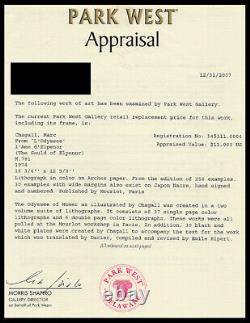 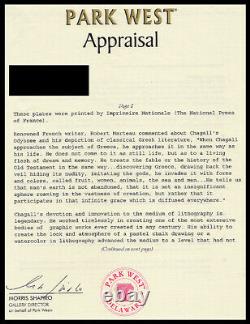 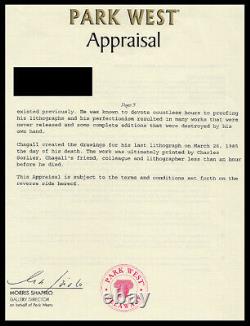 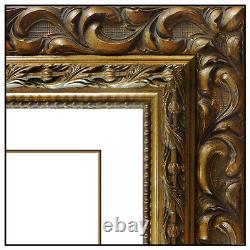 Marc Chagall Authentic & Original Color Lithograph, Professionally Custom Framed and listed with the Submit Best Offer option. It is one of his prestigious and modern illustrations from Homer's Odyssey that were printed by Mourlot along with 39 pages of text. Furthermore, the piece has been elaborately custom framed, as shown, in an expensive, high quality wood moulding to enhance its spectacular imagery. So name your price through the SUBMIT BEST OFFER option.

At this incredible value, the lithograph is likely to sell quickly, and you do not want to miss this work by the Master of Modernism, Marc Chagall. The first person to meet our bottom line shall be the lucky new owner. Marc Chagall was one of the most groundbreaking artists of the twentieth century. Today, he is remembered as one of the most influential Russian artists, Jewish artists, and early modernist artists of all time. He grew up drawing and painting and would often draw on his life and village for inspiration.

He began studying art in St. Petersburg, Russia and would move to Paris in 1910 to continue his studies and produce art there. He was a great master of the School of Paris. Working in a number of mediums, Chagall's art career was as diverse and varied as his influence. His famous works include the stained glass windows in many Cathedrals including the Metz, the windows for the UN, and the ceiling paintings of the Paris Opera.

Chagall was extremely important in the early European modernism movement. He pushed the idea forward by combining influences of cubism, symbolism, and fauvism together. Chagall was famous for his profound use of color, as he used color in a new and interesting way. He was forced to deal with the Nazi campaign against modern art while he was working on his Bible illustrations and as a Jew he was forced to escape from Nazi occupied France. He moved to American where he soon became an important proponent for Jewish rights in Europe.

Chagall passed away in 1985 leaving behind him an impressive legacy as both an influential artist and an influential member of the Jewish community. His work remains extremely popular and important today. Very few artists play such an important historical role, but Chagall will be remembered for playing an important role in both art history and world history.

SUBMIT BEST OFFER, All OFFERS CONSIDERED. Here is a fabulous and spectacular, Marc Chagall Original Color Lithograph titled "L'Ame d'Elpenor" which was part of the last series of works he would create, Charles Solier printed the final piece within Chagall's last hour of life. Yet, we are able to offer you this intricate artwork, referenced by Mourlot as #781 and Park West as 145111.004, at a much better price that those retail outlets command. Finally the lithograph is of impressive craftsmanship & size, measuring approximately 16 3/4" x 12 5/8" and 36" x 43 1/2" with the custom frame that was constructed specifically for this piece.

Making this a truly museum quality display, and one of the most magnificent pieces that Chagall has ever created. Marc Chagall's fine art has been exhibited in major museums around the world and can be found in some of the most prestigious public and private collections worldwide. The item "Marc Chagall Original Lithograph L'Ame D'Elpenor Odyssey Homer Poem Large Art" is in sale since Thursday, July 16, 2020. This item is in the category "Art\Art Prints". The seller is "neiman123" and is located in Minneapolis, Minnesota.