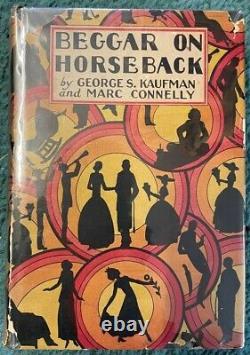 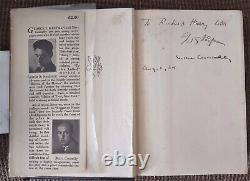 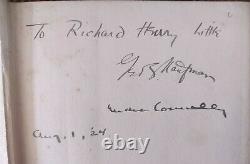 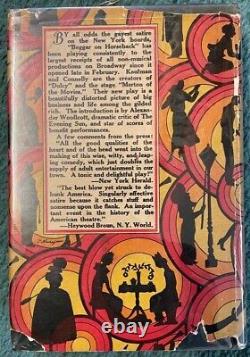 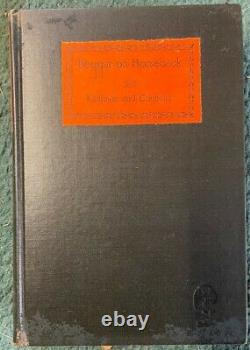 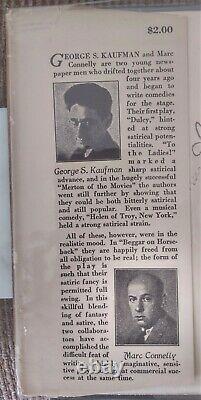 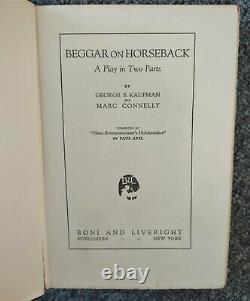 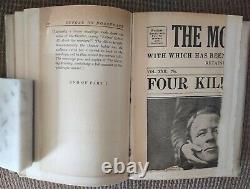 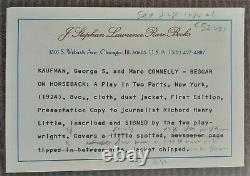 Black cloth, title on orange label affixed to spine and cover. Covers faintly spotted, otherwise a VG and tight copy. Two pages in the middle of the text are darkened where a fold-out parody newspaper (The Morning-Evening:) was tipped-in by the publisher and is now partially lacking, as usual with this title. Laid-in is a vintage stock description of this very volume from the famed J. Little's stamped library ownership signature is present on the inside of the front board. The basis for the lost 1925 James Cruze film featuring Edward Everett Horton. "BEGGAR ON HORSEBACK" had been a tremendous Broadway hit comedy in 1924, running for 223 performances. It was intended as a parody of the expressionist dramas that were very popular at the time and audience responded favorably. This is an extremely rare book to find inscribed and joint-signed by the Broadway legends Kaufman and Connelly (in fact, the first we have encountered). It is also a fine association with the journalist Richard Henry Little who had served as a war correspondent and very popular author of The Chicago Tribune's widely-read column, "Line O' Type or Two". Sure to be a cornerstone of a fine collection!

This item is in the category "Books & Magazines\Antiquarian & Collectible". The seller is "colinjrt" and is located in this country: US. This item can be shipped to United States.